There’s nothing better to usher in the beginning of Spring like Samsung’s upcoming flagship smartphone, the Galaxy S8. Although no official statement has been issued, recent reports seem to agree on March 29th as the date the overly anticipated smartphone will be unveiled.

We can understand the excitement surrounding the release because it is Samsung’s first major release since the tech giant pulled the defective Note 7 off the shelves last year. The S8 is, therefore, expected to be as perfect as smartphones can get.

Although nearly two months away, the Internet is extensively populated with leaks, ranging from live pictures and specs to renders and schematics. We here at Smartphoneninja can’t help but feel we already know what to expect.

The latest news comes in the form of images released by what claims to be an eyewitness, which show that the Galaxy S8 will look mostly the same as the S7. However, there seems to be a striking difference: the fingerprint scanner has been moved to the phone’s rear.

This drastic change from Samsung’s trademark home button is attributed to the S8’s close to bezel-less QHD Super AMOLED “infinity display” that is rumored to cover a remarkable 83 percent of the phone’s front panel. Thanks to the new design, the phone manages to bump the screen up to 5.8 inches despite being just slightly taller and wider than the 5.1-inch S7.

Additionally, rumor has it that the pressure-sensitive input technology, “force touch” that was introduced in Apple’s iPhone 6S and 6S Plus will finally come to the Galaxy line. The lower part of the screen is supposedly capable of differentiating between varying pressures of screen presses. 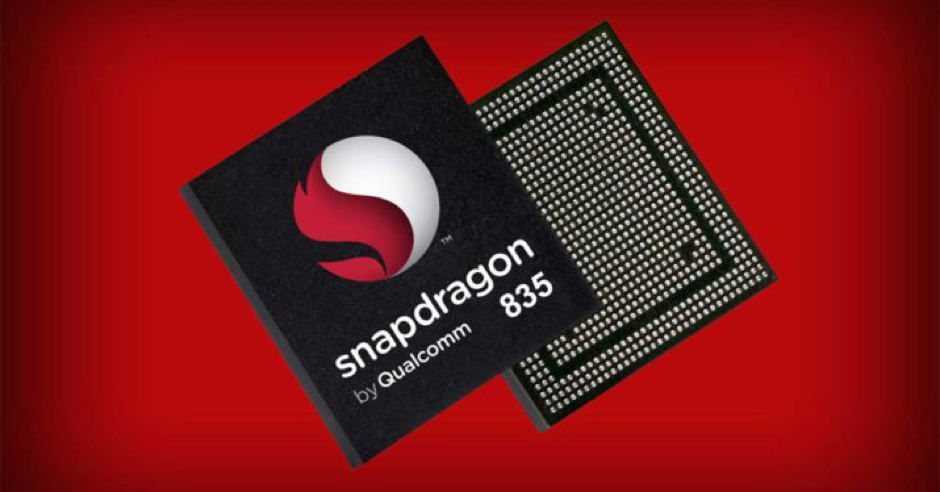 According to the current specs sheet, the Galaxy S8 is set to launch with the latest Snapdragon 835 processor. Qualcomm says the new CPU won’t be available for mass shipping until mid-April, and Samsung has reportedly called “first dibs” with the already made chips. Consequently, rival smartphones set for release earlier, such as the LG G6, will have to settle for last year’s Snapdragon 821.

It’s still unclear how performance will differ between the processors, but Qualcomm claims a 27 percent increase in performance and 40 percent lower battery consumption. The latter is particularly critical because, despite the larger screen, the S8 is said to pack a modest 3000mAh LI-ion cell. Memory-wise, the 4GB RAM module remains unchanged. But 64GB is the new entry-level storage, up from the S7’s 32GB.

The leaked specs show minimal upgrades to the 12MP primary camera save for a new visual search feature, but things get a bit interesting at the front, where the phone features a new 8MP sensor with built-in iris scanning capabilities.

Among the most significant features that are said to come with the S8 is an optional HDMI docking system called “Samsung Dex” that will allow connection to a monitor for a desktop Android view with keyboard and mouse control, similar to Microsoft’s Continuum.

Additionally, Samsung’s new virtual assistant, Bixby, is set to be introduced to the world with the new device. Samsung says Bixby will be able to handle more complex voice commands than its competitors.

Lastly, in spite of speculation that Samsung will take the Apple way and do away with the 3.5mm headphone jack to emphasize more on wireless sound technology, the recent images show that the jack still in-tack.

With the iPhone 7 and 7 Plus having dominated the smartphone market for months now, and without much competition, the Galaxy S8 can’t come soon enough.

If the March 29th date stands, Samsung will have unveiled the smartphone about a month later than usual. Perhaps the company is taking more time to carefully test this critical model, following the Note 7’s painful misfortunes.