Smartphone manufacturers have come up with exciting and distinctive technology in the recent past, but it’s hard to deny that the gadgets we have are increasingly becoming similar in both design and functionality.

Every major brand has at least one flagship that’s sleek, fast, up to date and power efficient. Moreover, these phones carry roughly the same price tag, leaving the customer with nothing meaningful to distinguish one from the other, besides the name.

That said, smartphone makers seem to have found a way to achieve some uniqueness. When companies took to the stage to unveil their latest hardware at this year’s Mobile World Congress in Barcelona, the devices that stood up weren’t glorified by their looks or performance. Surprisingly, the real advancements came with the cameras.

The camera phones that stole the show

As one of the most captivating handsets unveiled at MWC, the Sony Xperia XZ Premium is as compelling on the outside as it is inside. It packs the world’s first 4K display on a smartphone and Qualcomm’s latest Snapdragon 835 processor. With its Gorilla Glass 5 front and back panels, it’s also as elegant a phone can be. 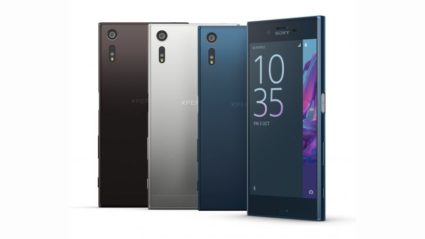 However, what got the audience wowed at MWC was Sony’s new 19MP Motion Eye camera. Among its striking features are Super-slow-motion video shooting and Predictive Capture. The latter enables the phone to start buffering images one second before you press the shutter button. It then presents a choice of four photos to choose from, ensuring you don’t miss a moment because your fingers were too slow.

Add that to excellent low light HDR capturing, anti distortion and hybrid autofocus, and you get a rear camera that sets the XZ Premium miles ahead of many competitors.

Then came the Huawei P10 – the upgrade to last year’s overly successful P9 – and its dual lens system. The company has again teamed up with Leica but, this time, the results are a dual 12-megapixel color and 20MP high detail monochrome camera setup on the rear.

With auto settings, the phone cleverly combines shots from the two sensors for sharper and more vivid photos. Things get even better when you launch Pro mode to unlock ISO and shutter speed settings for extra control. The color lens is equipped with a highly efficient Optical Image Stabilization to reduce blurring and judder, and Phase Detection Autofocus to quickly lock onto a subject.

Despite the Huawei P10’s strengths in other areas, the camera is undoubtedly the phone’s best feature.

While the shooters on the Xperia XZ Premium and the Huawei P10 put up a fight, neither is awe-inspiring as what Oppo has in the pipeline. The lesser known Chinese company has announced a new camera technique that promises to bring 5x optical zoom to the thin smartphones of today. 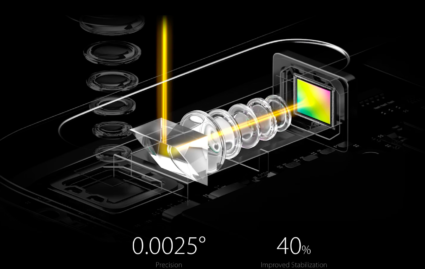 Oppo outstandingly overcomes the vertical height restrictions by employing a periscope-style lens arrangement that runs horizontally along the device. The telephoto lens will focus light through a prism to an image sensor offset at 90 degrees.

Oppo is yet to announce a device with which it’ll launch this ground-breaking camera system, so it’s still too early to tell how good the technology will work. The company also isn’t offering any specifics regarding the focal length, image stabilization, and other essentials.

Nevertheless, it’s a unique approach that promises to bring a legitimate zoom camera to modern-day smartphones.

The Future of Smartphone Cameras

Mobile camera technology has reached commendable heights, but the new announcements show there’s still a lot to be accomplished.

Snapchat and Instagram are paving the way for the visual-reliant apps of tomorrow, which will demand a lot more from the camera. And no one can forget Pokémon Go, which incorporates a smartphone’s camera into a gaming experienced never seen before. It’s only a matter of time until more game developers join the party.

We’ve seen professionals do photo shoots and movies entirely with smartphones. Soon, we’ll be hearing of a handset that can capture and create Hollywood-level films. Furthermore, with tech like VR and AI gaining steady traction, the future is exceedingly bright for phone cameras.

Some will deem the current attention that surrounds smartphone cameras as unnecessary, but the fact is, nearly all the pictures and videos created daily are made with phones. It, therefore, makes sense that industry players are banking on camera technology to initiate the next phase of mobile innovation.