Microsoft’s Surface Phone is expected to be released early next year with many consumers and industry insiders keeping a close eye on its progress. So far, the phone has been shrouded in secrecy as Microsoft prepares for its big reveal. However, a new image leak to hit the web could give us an early glimpse as to what the new phone will actually look like.

The image in question can be seen below: 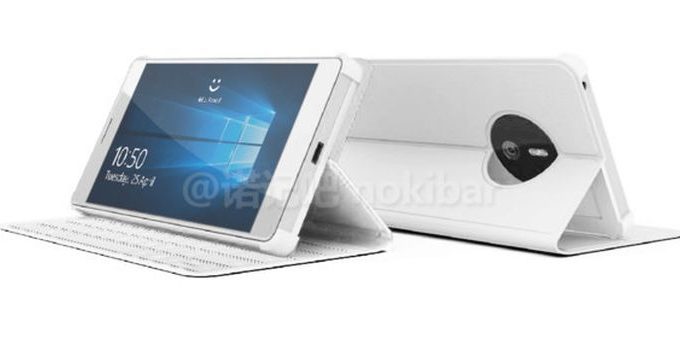 The source that leaked this info has, in the past, been very reliable. However, I feel I should point out that everything we talk about here and even the image is purely speculation at this point. Reportedly the phone will include a 20MP Carl Zeiss lens similar to the Lumia 950. The new phone will make use of Qualcomm’s next generation chipset, the Snapdragon 830 with 4GB of RAM. In addition, the new Surface Phone will use a 5.7-inch 2K display and include a feature dubbed “landscape screen support.” The phone will also come with an all metal body and use a 3300 Mah battery.

Microsoft recently sold its Nokia business to Foxconn, marking an end to the Lumia lineup, at least under the Microsoft umbrella. The company failed to capture any significant market share with these devices and many marked this sell off as the end of Microsoft’s mobile market. Many believe that it was Microsoft’s failure to innovate in an ever changing market.

Regardless of the reason, there is little doubt that Microsoft has had a tough go of it in the smartphone market. While they have made some headway in the tablet space, smartphones running Windows have yet to capture widespread interest from consumers and businesses. So, the questions becomes, will the introduction of a Surface Phone make any difference for Microsoft?

You cannot deny the popularity of the Surface tablets and even the Surface Book hybrid. Will this rising popularity help change the smartphone fortunes for Microsoft? It’s possible. Unfortunately, at least for now, we are just going to have to wait and see what happens. The phone’s release is still a long way off and many things could change between now and then.

As of now, these rumors and images are all we have as any indication of the direction Microsoft is headed for its new smartphone. Will they prove to be true? We will find out soon enough.

So what are your thoughts about this new Microsoft Surface Phone? If these reports are true, will it be enough to convince you to switch from iOS or Android of do you prefer to stick with your existing smartphone for now?