Often when we buy our first smartphone, that brand ends up being the type we stick with for the long haul. At least that was the case for me. But recently, as in just under a week ago, I took the plunge and made the switch from an Apple iPhone 6S to a Samsung Galaxy S7 Edge. I thought it would be fun to document some of my experiences making the switch for all of you out there. My hope is that by reading about my experiences you will be more ready to make a switch like this or, at the very least, know what you are getting into if you do make a huge platform switch such as this.

So, why don’t we get started. When trying to decide how to format this post for all of you to better understand, I decided that first we will look at my smartphone history. Then we will move onto some of the reasons I decided to make the switch in the first place and then we will round out this post with some of my experiences making the changes. 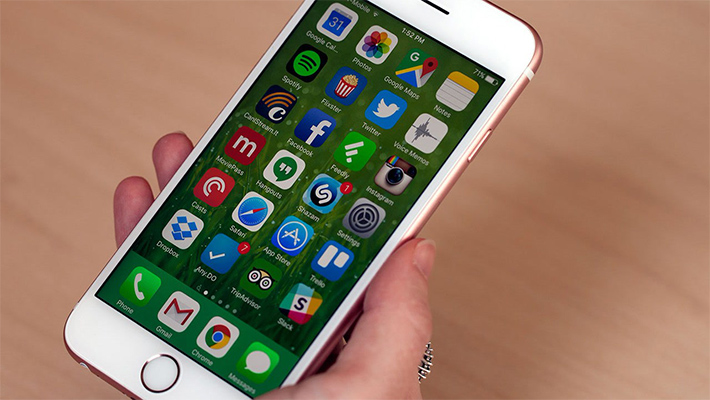 I have been using smartphones for years. In many ways I am what you would call an early adopter. I love having the latest smartphones when they come out. Now, I’m not one of those types that will stand in line for hours on end to get it. Who has that kind of time? And I don’t go out of my way to upgrade when my contract says it isn’t time because I don’t want to give the cell companies even more money for no real reason.

Still, I was one of the people that bought the very first iPhone ever released, now dubbed the iPhone Edge because of the crappy slow network it used or the iPhone 1st generation. From there I upgraded to the iPhone 3GS and then the iPhone 4S. A move necessitated that I purchase an iPhone 5 and then I bought the iPhone 6S when it came out. As you can see, I have owned a lot of smartphones. Nearly 10 years I have been an Apple smartphone user and in many ways I never thought I would make the switch.

During this time I have also owned many tablets including an iPad, an ASUS Transformer and most recently a Samsung Galaxy Tab S2. I tell you this so you know I’m no stranger to Android, although I have definitely spent more time in the Apple ecosystem than any other and I have never used an Android based smartphone until now.

Why I Decided to Make the Switch 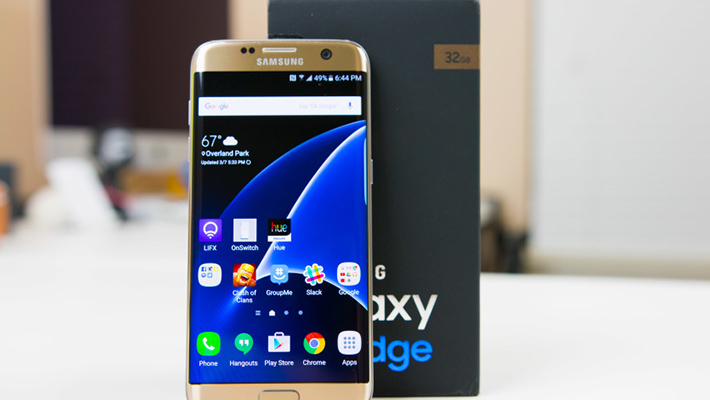 So what made me to decide to make the switch? There are several reasons that made me start considering making the switch.

I’m sure I could come up with a few more reasons why I decided to make the switch, but really most of you want to know how the switch has been for me. So we will leave these as they are. If you want to know more about my reasons, simply comment at the bottom of this article.

Now to the part you have all been waiting for. So how did making the switch to an Android phone go? Do I love the Android experience or do I have buyer’s remorse? I’m sure you can all guess by the tone of this article that I don’t. However, allow me to highlight my experience changing over right now for you all.

My first worry was losing all the pictures on my old device and, of course, my contacts. I had never tried a switch like this before so I wasn’t sure how well it would work in the store. So, I made sure to back everything up assuming they would all go bye bye. As it turns out, the process was easy and everything was ported over thanks to a little conversion device included with the Samsung. According to the reps at my mobile store, I was smart to do the backup anyway, as this conversion doesn’t always work. So your mileage may vary but it worked perfectly for me.

A new device meant new extra chargers, new cases and yes, new apps. This added to the initial expense but it wasn’t something that surprised me. I was prepared for these added expenses before I ever headed to the store to pick this device up. Still, it does kind of suck having to rebuy apps on another platform that you have already paid for. Damn you Minecraft!

My first evening with the phone was a lot of fun. I spent hours downloading new apps or apps I had previously and racked up several charges on my Google Play account. I’m guessing they are loving me right now. The nice thing is these apps will also transfer to my Samsung Tablet and some I had already bought for it. So it worked well. It took a bit of time to download everything and update all the apps but once that was done I was moving.

As you may have guessed the first thing I set out to do was tweak the interface to my liking. Now many of you love a stock Android experience, and I do too, but I also enjoy Samsung’s TouchWiz interface. It gives you a simplified experience which I think is good on a phone while also looking really beautiful while doing it.

There are some elements I’m still not exactly happy with in the GUI. For instance, I hate the yellow color used in text messages. While I know I can change themes, this is really the only element I don’t like in the default theme and I don’t want to convert everything to a new crazy theme just because of the text message colors. I’m not exactly sure what I will do about this, but I haven’t had the time to research it properly as of yet.

I mentioned the color of text messages already, but that isn’t the only thing I don’t like. Turning on the flashlight, known as Torch on Samsung, isn’t all that convenient compared to the Apple iPhone. It takes a two finger swipe down from the top to turn it on, and that just isn’t quite as handy as the one quick swipe up to turn it on when I need it. I’m not sure what I think about the ring tones included. Sure I can tweak these and add my own if I want, but I find many of the default ringtones just annoying.

The fingerprint reader is another aspect that I will say the jury is out on. It works much better than the reader on my Samsung Galaxy Tab S2, but it still isn’t quite as good as the one on the Apple iPhone. Still, most of these complaints are only minor annoyances and I’m sure with a little more time and research I will find a solution to them.

Maybe I should have started here, but oh well. Here’s a quick look at some of my favorite elements of the new phone. I love the screen first of all. It is absolutely beautiful. To be fair, so is the iPhone 6S screen, but there is just something about the color on this one that I love. The phone itself is water resistant as well, which means if it gets wet I don’t really have to worry about it. I can’t tell you how much I love that. Let’s just say I have a 2 year old in the house. That should be enough reason to love it right there. While it is not perfect, just check out this story here, it is much better than the iPhone.

The interface is easy to use and just beautiful. I don’t know why so many people criticize the TouchWiz interface, but I do enjoy using it. It simplifies your phone which is where many people that love Android probably have a problem, but to me you want simplicity on your phone as you want everything very easy to access and do quickly. At least that’s the way I see it, anyway.

Call quality and texting are also great, I do miss iMessage, but I have found a way around texting my friends and family in other countries that use an iPhone. All it took was a quick search on the Google Play Store for a secondary texting app. Sure it puts texts in multiple places, but it is a great solution to get around those pesky country charges.

All in all I would say that my conversion has been pretty seamless and effortless on my part. I love the new phone so much more than my iPhone and I can’t believe I have waited this long to get a new phone that wasn’t made by Apple.

I have to admit it feels pretty strange to not own an Apple device after all these years. After all, it has been almost a decade now when you think about it. Man how time flies. Still, I am very happy with my decision to switch and I wish I had made the change much sooner than today. While I still have more to do and learn on my new phone, I am looking forward to every minute.

If you are thinking about making a change like this, don’t worry. With a little planning and research you can make the process easy for you and you don’t even have to worry about losing anything in the process. So get the phone that you really want above all else. In the end I believe that is the best thing you can do for yourself as you will be using your phone more than pretty much any other tech device in your home.