In recent times, the trend on the market has undoubtedly been smartphones getting bigger. With every passing year has come a gradual increase in screen size in nearly all the main flagship releases. Even Apple, a company that was once seen by many to be the most resilient to the winds of change, has now dived head first into making larger-than-life smartphones.

Now, don’t get me wrong. Large displays are great because they offer more viewing area for watching movies, streaming videos, working on documents and browsing the web. Sure, the modern smartphones are now too big to fit in the average jeans pocket, but the truth is, they wouldn’t be the little computers that we know them to be if they had tiny screens.

That said, although many of us would rather compromise a bit on portability than have a small-screen phone, there are some that would whole-heartedly choose a compact device than a massive, unwieldy handset. This customer base was particularly brought to light by the overwhelming anticipation for the return of the Nokia 3310 earlier this year; a gadget that did well to prove that bigger isn’t always better when it comes to mobile phones.

However, the newly unveiled 3310 isn’t without its limitations. While it’s nonsensical to expect much, considering its price and how much it reminds us of its revolutionary predecessor, even customers with a knack for small phones want more than a non-qwerty keyboard, 16MB internal storage, and 2G network connectivity. Thankfully, another little device is now in town, and unlike the 3310, it’s actually a smartphone.

Realized by a Kickstarter campaign, Jelly comes with full smartphone functionality, in a body that’s about the size of the new Nokia 3310. Sporting a 2.5-inch display, the handset is one of the smallest smartphones in the world. The touchscreen serves up a resolution of 240 x 432 pixels, and inside is a quad-core 1.1GHz CPU, 1GB of RAM and 8GB onboard secondary storage. These might be modest specs by current smartphone standards, but don’t forget, you get all that in a package that’s small enough to fit in the coin pocket of your jeans.

The most interesting aspect, however, is that Jelly can deliver 4G connectivity for high-speed internet browsing. It also runs stock Android 7.0 Nougat with full access to the Play Store, which brings it on par, software-wise, with recently released higher-end smartphones.

Other key features are an 8MP rear camera and a 2MP front-facing sensor, dual SIM card capability, GPS and a 950mAh Li-ion battery. 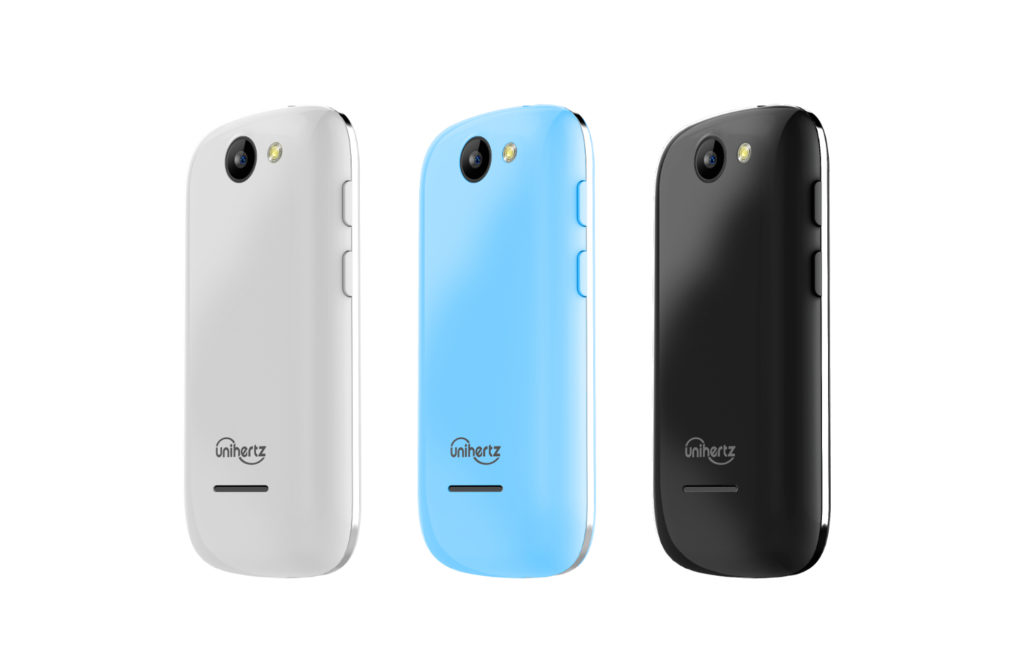 Jelly developers have been producing test samples since April 2016, when the concept was born, and now, with its Kickstarter fundraising goal smashed, production appears to be a sure thing. So far three colors have been confirmed; Pearl White, Sky Blue, and Space Black. Moreover, if you’re concerned that Jelly’s memory won’t be enough, there’s also a more equipped version, Jelly Pro, which pushes the RAM up to 2GB, and the internal storage to 16GB.

Jelly is expected to hit the shelves in August, with a price tag of no more than $60. If you can’t wait that long, however, the Kickstarter campaign still has 30 days left on the clock. Pledging $79 or $95 will get you a free Jelly or Jelly Pro smartphone respectively.

Unlike the current high-end smartphone, Jelly doesn’t offer a sleek design, a high-resolution screen, or top-notch performance. Instead, it gives the forgotten little-handset enthusiast a chance to experience all the pleasantries of a smartphone, with a device that’s as compact as they can get.